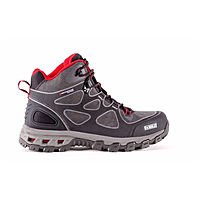 Thumb Score: +2
There was a Frontpage deal posted a few weeks ago for Dewalt work boots. They were only selling what was in the warehouse, not what was in store.

It took a couple weeks to ship but I went to pick up my order and found the in store price is actually lower than the online prices. They had a couple tables in the store with a sign that said 25% off clearance items. I ended up buying a few pairs of the Lithium which were marked down to $42.91 with an extra 25% off so I paid $32.18 + tax. They has several Burlington which were around $18 after discount. Not sure how many stores have these so it might be a big YMMV or your store might have a bunch as well. Just wanted to throw it out there to see if it can help someone.